RINGING IN YOUR EARS

Originally planned as a mini-album to mop up some (subsequently finished) leftovers from Playing Into Your Hands, this eventually became the similar-sounding follow-up title to our 2015/6 album when I couldn't think of a better title for it. The leftovers mini-LP remains a figment of my imagination, though it does leave me with a small cache of unreleased material in case I need an odd track for something (No, I can't think of a situation at the moment, either). Housed in a relatively swanky gatefold digipack it does make itself easier to find amongst piles of CDs, though it's not as charity-shop-proof as the single-sleeved Playing Into Your Hands and Sound Proof (try locating those ones with a sweeping glance in your local Cats Protection League CD bin!). This was the first album entirely recorded and mixed by Julian Simmons, after Ian Shaw decamped to the Florida Keys to continue his sun-soaked recording adventure. (Defiantly English, the Heels choose to record when it's raining whenever possible. Or snowing.)(We can record when the Sun's out, of course, but we have to know that a feeble English Sun is wreaking havoc on the country's infrastructure simply by not being grey to be comfortable with it.) None of which tells you very much about these songs. Well, obviously I recommend snapping up the physical album while it's available, but you can always sample some of the songs on iTunes or Spotify, but if you buy the album as a download you don't get the booklet, which does deal with the songs in a slightly less opaque way. Aren't I annoying? 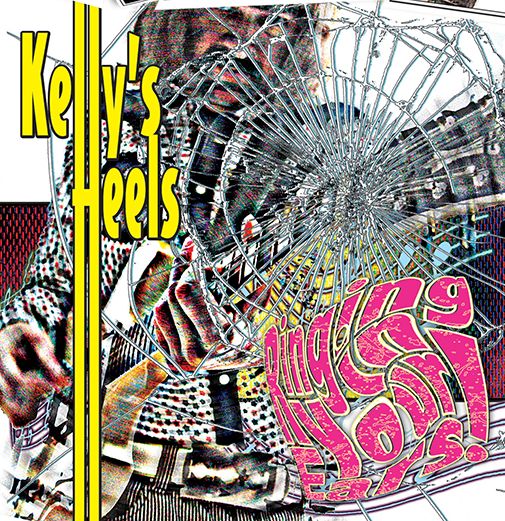